skip to main | skip to sidebar

What a busy October!

Wow!  I cannot believe that we will be trick or treating on Saturday!  Where did October go?  I am finishing up my last class for my degree and the kids are as busy as ever!  Bryce has a party this week at school for Halloween and Steven has ended football only to take on two more clubs plus confirmation and boy scouts.  We had taken a sabatical from scouts until football was over so we start that back tomorrow night.  Be prepared I am going to sum up the month in this post! :)

We started out trying to get Steven's bathroom presentable for family that was staying in our house for Erin's wedding.  We went to Home Depot to pick up some paint and found out that it was Kid's Safety day.  Thank goodness because it got me and Bryce out of the house long enough for Blake to get started in the bathroom.  They had a helicopter, firetruck, and ambulance.  It was like Bryce's greatest dream .  The helicopter was doing fly by's and the firefighters were so friendly.  Bryce told them that he wants to be a firefighter when he gets big and they made a huge deal out of it! 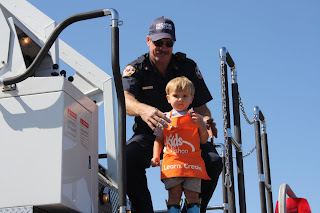 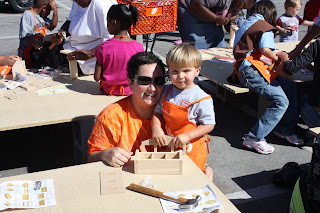 After that fun, we went home and hung out with Dad.  We got a call from Uncle Brandon that evening saying that it wasn't too expensive for the fair.  I was under the impression that everyone had to buy a bracelet so it would have been outrageous but I was wrong so we packed up rather quickly and headed to the fair.

He had to pack everything!  It was hilarious! 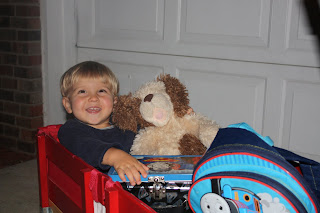 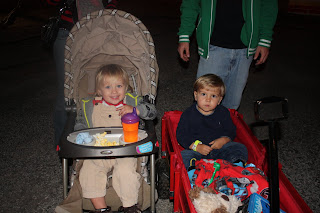 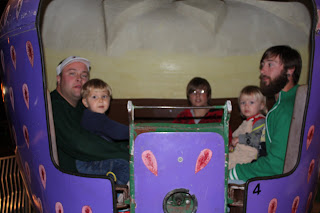 Bryce wasn't scared of anything and we pass it every morning and he still wants to go everyday! 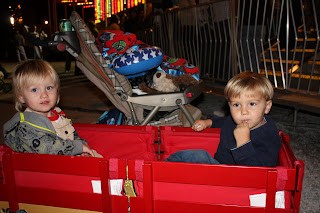 He loves to play with Bronson!

The next weekend was Erin's wedding so that took up Friday and Saturday! 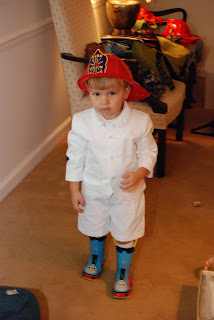 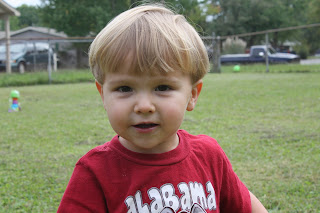 I can't believe how big these two are!  Bronson is talking like a pro now and him and Bryce have a blast together! 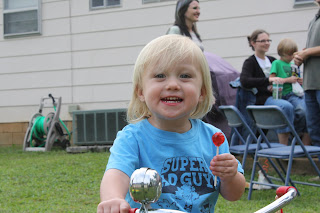 The next week Steven had football pictures and basketball tryouts.  He didn't make the bball team but he said he learned alot of what they are looking for so he will try again next year!  It was freezing for their pictures.  The cold had just set in again and it had rained most of the day.  He looks cold! 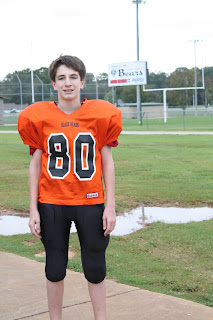 The cold keeps Bryce too couped up so that weekend we took him to the park.  His friend Evan was there and they played for about two hours around the park.  They squealed and screamed and chased and slid!  It was so cute! 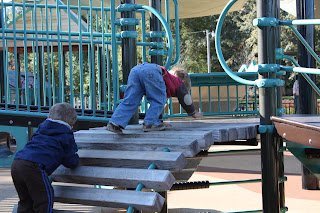 And this past weekend, my best friend Scott got married.  This is a picture of my guy friends.  I have known these guys since I was Steven's age and they are some of the greatest people I know! 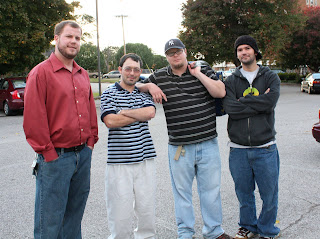 Bryce was too cute in the tux!  They used Blake and I's ring pillow for their something borrowed!  Steven had to fill Bryce in on how he carried that same pillow! 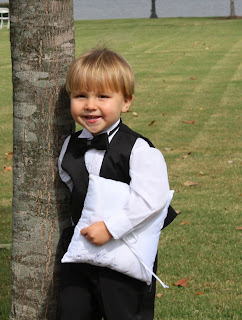 Pictures take forever, so we had to find something to keep the little guy entertained!  Steven was lucky to have kids his age there! 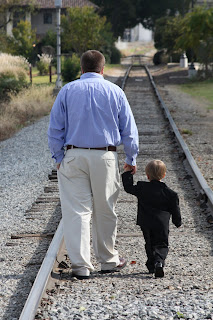 He held Sarah's hand so good and did fine until he saw all of us sitting down.  We grabbed him then and he sat with us the rest of the ceremony! 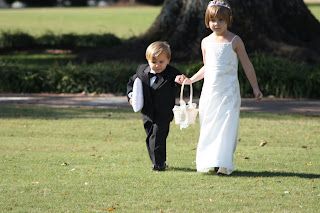 Congratulations to Scott and Amanda! 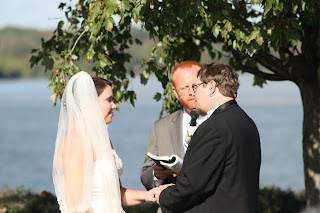 They are now the Champions! 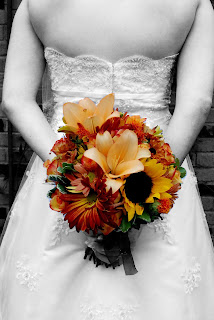 Well Erin has offically jumped the broom and what a shin dig she had!

Have you ever seen a fire fighting rock and ring bearer? 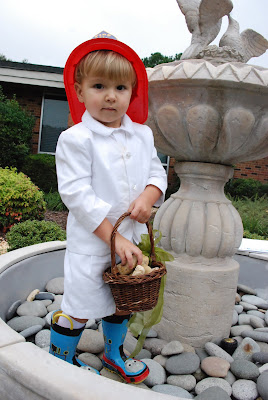 Can you believe how big Steven is?  I was wearing heals and he is almost as tall as I am! 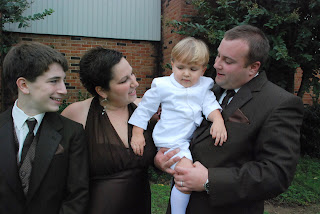 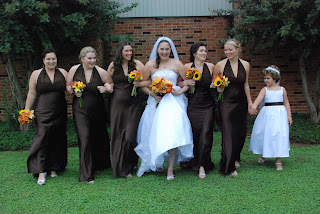 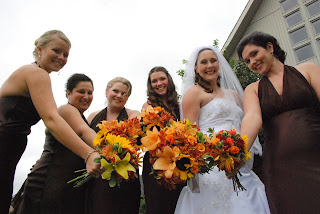 I'm the big sister with a short stature! 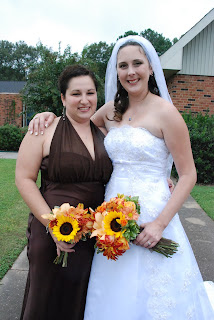 Yes, Bryce did walk down the aisle just like this.  Thankfully, Erin and Zac truly didn't care! 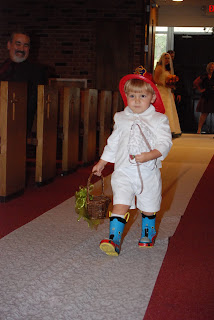 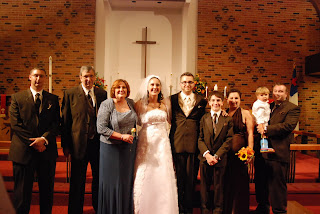 What snazzy shoes you have Mrs. Champion! 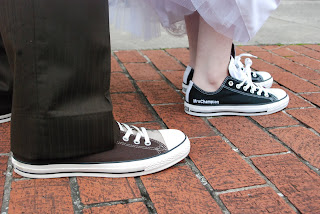 Me and my Men! 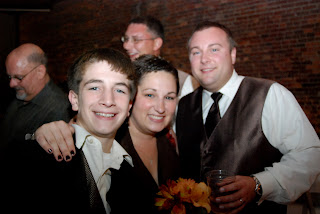 If any of you guys have kept up with us over the year, you would know that sometimes school can be a struggle for Steve.  Well I am proud to announce that he received all A's and B's on his report card this nine weeks.  This is so awesome and truly reflects how smart he is.  He does have a way to go because we did get some inconsistent effort remarks but I AM ELATED CAN YOU TELL! ?

The boots!  This is so Bryce!  We did actually have him ready to get out of those shoes but the dressy ones didn't fit!  They grow so fast!  Congrats to the Champs, what a gorgeous wedding!

We have had a stomach bug.  Be back shortly.

Meghan
I am a mother and a wife! I have been married for almost 5 years and have been blessed with two awesome children. I would not trade that for anything in this world. A reformed hippie who wears work clothes but still listens to freeing sounds of music. I love the Lord!